It is generally accepted that the human genome was selected in adaptation to stone age living circumstances culminating in the appearance of behaviourally modern humans between 100,000 and 50,000 years ago. Since then adaptation has mainly involved cultural modification with various ‘revolutions’. The agricultural revolution approximately 10,000 years ago, the industrial revolution from the late 18th century and the technological revolution in the mid 20th century.

During the last 50,000 years there have been few generally recognised genetic changes and our genome remains adapted for a paleolithic lifestyle. This discrepancy between our genes and our culture has produced a mismatch that affects our lives, it is responsible for chronic degenerative diseases that are the cause of most mortality in westernised nations. Differences in reproductive behaviour, sleep patterns, physical activity, microbial interactions, social interactions all play important parts in evolutionary discordance theory.

An important factor is the fundamental change in nutrition, particularly since the agricultural revolution. Before this time our ancestors consumed wild meat and fish, fruits and vegetables and nuts and seeds. I have been experimenting with this evolutionary approach to food over the last few years and have created this blog to help me and anyone who may be interested in following a natural diet. 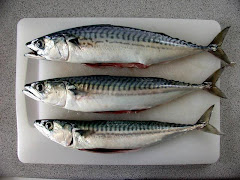